Gone Wild by Ever McCormick 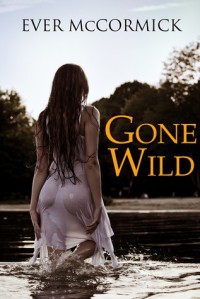 Not awful little romance book, but it could have been so much better. (I hate to say it, but this is the kind of book that's a perfect example of a self-published novel that might have been spectacular if it'd had some love from a developmental editor.)

Anyway. I really wanted to like this book. The hero is a total doll, and not the typical alpha asshole everyone likes to write about anymore. He tries to boss the heroine around, but she stands up for herself and he backs off, and they (this is really unusual) talk about things. Not all the things, since there's not much romance novel plot available if the MC's are actually communicating well, but most of the things :)

The problem, specifically, the timeline is entirely out of whack and frankly unbelievable. I'm not only talking about instaluuurve (although there's some of that going on too) but the background and previous events just don't entirely fit together. There are only three possibilities:

This is where I think a firm editorial hand would have figured out how to either clarify the situation (if I'm misunderstanding it) or fix the inconsistencies, which are so big they totally took me out of the story.

I'm talking, graduating college, finding a job, getting an ultimatum at that job, coming up with a solution in the form of an advertising campaign and getting that advertising campaign in print, in posters, out in the real world all in the space of what seems to be two weeks. While in the middle of a break up. And the "two weeks" part is mentioned specifically, several times. Another character has had time to send out multiple job applications to very big firms (large corporate HR offices do NOT move quickly) and get rejected from all of them. Like every PR firm in the country. In two weeks.

There's also a subplot towards the end involving a third party that tries to turn a fairly sweet little "finding yourself" romance into a romantic suspense, and just didn't entirely work (but could have, because it'd been set up very well earlier in the book.

Anyway, I liked this for the most part, and I'd be willing to give the author another shot, for sure. It was just disappointing, so close but not quite there.